A few millennia ago, when Aeon Disk was still the name of our planet, an advanced civilization of high spiritual entities ruled the world. With their knowledge and technology, they created a world where people could live in prosperity for centuries.

For many years, this division caused irreversible conflicts within Aeon Disk’s society, especially the Vargans event, which led to the First Era.

During the First Era, many heroes emerged in this distant land. Along with their great power, years of infighting and destruction also occurred. Aeon Disk was shattered and then transformed into Shattered World – the land where only the most knowledgeable heroes with the greatest glory and absolute power can prevail.

To protect their control of power, the High Class established the Council of Seven, consisting of seven strongest heroes of the time: Blanka – The Mystic, Phiroth – The Paladin, Fadur – The Viking, Fahn – The Grandmaster, Montblanc – The Paw, Glenn – The Swordmaster, Balthazar – The Grandmaster.

They started campaigns to eliminate those newly emerged Heroes. Wars broke out, the Heroes also came together and created The Alliance, to get back what is rightfully theirs. 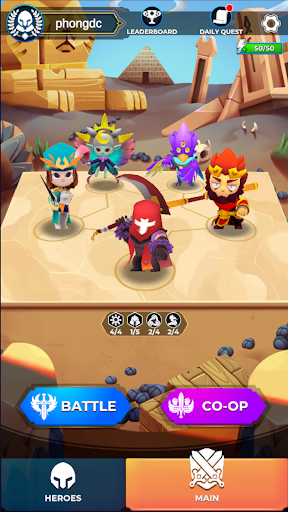 Hag a nuisance in the train by taking a chair. 1.9